Exit 44 Entertainment has announced the development of 11th Hour Cleaning, the company’s “debut supernatural horror film”, which begins production in a couple of weeks.

The film tells of a band of crime scene cleaners working in a ‘murder house’. When an ancient Nordic demon intent on driving them all insane shows up, the group become trapped in the house and must fight to escape before they all lose their minds. 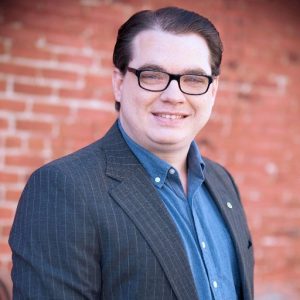 The film marks the feature debut for director Ty Leisher (pictured), who also co-wrote the script with co-producer and co-star Ed Morrone (Killing Lazarus, TV’s Bullets), and editor Eric Brodeur, whose credits include Sinister 2, Ouija and Wolves at the Door.

“As a kid, my parents were foreclosed home cleaners until one day, we walked into a house where a murder occurred,” Leisher says in the press materials. “Since that day I’ve dreamed of telling this horrific story in the most psychologically twisted way possible.”

11th Hour Cleaning is set to begin filming on December 9th, in the director’s hometown of El Segundo, CA.