Zombieland 2 still on the cards at Sony 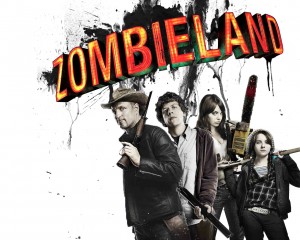 It was over a year ago that Sony Pictures were reported to be moving ahead with a sequel to 2009’s Zombieland, and then things went a little quiet. Word is though, that the film is still on their production slate. Sony had originally hired Dave Callaham (The Expendables, 2014’s Godzilla) to write a script under the supervision of Ruben Fleischer, who directed the first film.

The new word on the sequel comes from Zombieland writers Rhett Reese and Paul Wernick, via The Playlist. In an interview with the site about Deadpool (which they also scripted), they explained that a Zombieland sequel is indeed still planned.

“It’s actually still in development at Sony,” says Reese. “They’ve had a couple writers take a crack at it, we’re still exec producers and we’re guiding and helping where we can and I think there’s still very much talk about it, but I think it has to be right. I think all the actors and Ruben [Fleischer] all feel like there’s no reason to do it again if we’re not getting it exactly right.”

Indeed. A rushed 2013 TV adaptation was very swiftly cancelled and sank without trace. 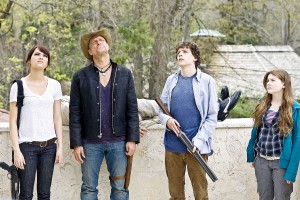 If the leading cast members are to return, the biggest issue will surely be synching a gap in their respective schedules. Jesse Eisenberg no doubt has an exhaustive few months ahead promoting Batman V Superman, while Emma Stone currently has four features in various stages of production and Woody Harrelson is filming War for the Planet of the Apes. Abigail Breslin, just 12-years old when Zombieland was shot, is busy shooting a TV reboot of Dirty Dancing, although she has not strayed too far from the horror genre of late, starring in Maggie, Final Girl and Fox’s Scream Queens series.