A lot seemed to be stirring last year with regards to Zombieland 2, the long-proposed sequel to Ruben Fleischer’s 2009 hit horror-comedy but since the summer, it’s all gone a little quiet.

This week brings an update from writers Rhett Reese and Paul Wernick (who more recently penned Deadpool) however and, as expected, the major hurdle in getting the sequel moving has been how damn huge Zombieland’s stars have become since. Happily though, the writers do confirm that original director Fleischer will be returning to the helm.

“It is [in active development],” the duo confirmed while talking to ComicBook.com. “We’re trying to get it going. All of our cast have read the script and love it. Ruben [Fleischer] is signed on. It’s just a matter of making our cast deals and making it for a budget number. All the cast have become superstars now so, we made Zombieland with 20 million, so it’s trying to fit that financial model into the sequel model so it makes sense for the studio and being able to pay the actors what they now get paid and deserve to paid. 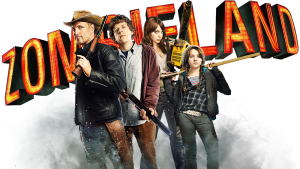 We see [Sony Pictures chairman] Tom Rothman pretty frequently now and we’re pestering that dude. He’s like, ‘Please, enough with the Zombieland talk!’ We’re pestering him the way we pestered Fox on Deadpool. We’re not letting it go. We really want to see Zombieland 2.”