ZOMBEAVERS DIRECTOR RETURNS WITH THE DRONE 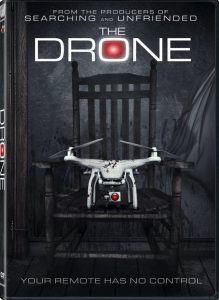 After he gave us Zombeavers, we knew to expect something wacky from director Jordan Rubin’s follow-up film. And the trailer for his new horror-comedy The Drone is everything we wanted and more.

Starring John Brotherton (The Conjuring) and Alex Essoe (Starry Eyes, Doctor Sleep), The Drone is about a newlywed couple being terrorised by—you guessed it—a killer drone. Anita Briem, Rex Linn, and Simon Rex also star in the film, which is being released by Lionsgate.

The Drone will be available on DVD, Digital, and On Demand on October 15th. Spy the hovering terror in the trailer below.