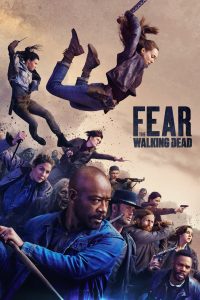 Zoe Colletti (Scary Stories to Tell in the Dark) has just joined the cast of Fear the Walking Dead, AMC’s spin-off of its hit zombie show.

She’ll play a pivotal role in the sixth season, which will explore what became of the family of survivors who were pulled apart at the end of the last season. Mo Collins, who plays Sarah, and Colby Hollman, who plays Wes, have also been promoted to series regulars.