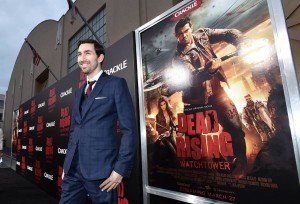 Whilst game-to-movie adaptations often turn out to be very miss and miss affairs, Zach Lipovsky’s Dead Rising: Watchtower is quite the contrary, notably thanks to the helmer’s sheer loyalty to the franchise. It’s more than apparent that Lipovsky and scribe, Tim Carter, really tuned into the lifeblood of the saga, providing us with hordes upon hordes of flesh hankering zombies and a deluge of MacGuyverian combo-weapons.

Set between the 2nd and 3rd entries in the franchise, Dead Rising: Watchtower sees a mandatory government zombie vaccine suddenly stop working and a small band of survivors must evade infection whilst going after the root of the epidemic, with all signs pointing to a government conspiracy. Having recently released on Crackle, and in the light of the film’s imminent global outbreak, we caught up with Lipovsky to find out how he went about bringing an all new story into the Dead Rising fold…

SCREAM: Getting involved in a project like Dead Rising: Watchtower I’m guessing you have always been a bit of a video gamer.

Zach Lipovsky: Yeah, I’ve been gaming my whole life, mostly on computers, playing a lot of first-person shooters and things like that. I hadn’t actually played Dead Rising as I had been more of a computer guy but it was really fun diving in and I played all three games. I got really familiar with the world and the game was actually made in my hometown in Vancouver, where we filmed the movie, so we got to hang out with all the people at Capcom who made the game. I tried to saturate myself as much as I could.

SCREAM: How did this whole new Dead Rising story come about? Was the script done and dusted before you got involved or did you help to fine tune things?

ZL: There was a bit of both really. There was a story before I was involved and then there was some huge cooperation with Tim Carter, the writer and producer, once I was onboard. He was very open and Legendary was also very open to bringing it to life with everything that I wanted to do in terms of the action, story and characters. As we got the team together everyone had new ideas and it just all grew organically.

SCREAM: I read that when Tomas Harlan and Tim Carter took the idea to Capcom they were put to the test with Capcom making them play the game to make sure that they could fend off zombies and that they were the right men to adapt the game to a feature film.

SCREAM: So were Capcom very hands on during the shoot?

ZL: They weren’t necessarily hands on as far as making sure we did everything right. They were supportive in trying to help us to make it the very best we could. There were a few days where we needed A LOT of zombies so a lot of the people who came out there were people who make the game and Capcom paid all their salaries for the day to come and be zombies on the set.

SCREAM: For a low budget film the entire look and feel is quite the opposite. What were the biggest obstacles in terms of the budget? 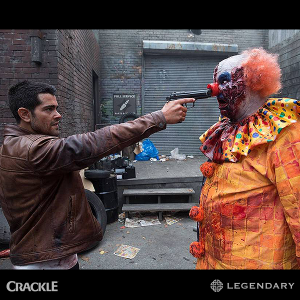 ZL: Surprisingly, one of the most expensive things is having lots and lots and lots of zombies. Every single one of those people has to be paid for the day and the thing about zombies is that just one zombie is not particularly threatening so you have to have a whole horde. There was a lot of trying to come up with creative ways to use just ten or twenty zombies. The other tough thing is to have just one person run through a horde and literally cut down everything they see. In that scenario anyone that gets touched by the lead actor is now a stunt person and way more expensive so we were only able to afford like five or six stunt people in a crowd of zombies. We had to be very creative about how many people we could kill.

Then, in terms of shooting amongst hordes of zombies, I had a great team with me and apart from that, something that was really fun was that we had to have zombie school. Everyone has a different idea of what a zombie is: some walk with their arms out to their sides, some people run, some people limp. We had to be able to tell 100 people how to be the same type of zombie so we brought out one of our stunt people to instruct them all. It was really funny as I remember one time where he was looking over 100 actors playing zombies and they were moving step to step and it looked kind of like the Thriller video.

SCREAM: Talking of your team, your DP was Mahlon Todd Williams who also worked with the Soska twins on the See No Evil sequel and I think I caught a glimpse of the Soskas as zombies in Dead Rising.

ZL: That’s right! Mahlon shot my last film, Leprechaun: Origins, and he has been a great friend. Then, from shooting Leprechaun with WWE Studios they went on to work with the Soskas, who are great friends of mine also. We all know each other well and when you are doing a zombie movie you’ve gotta get everyone you know in there because they all want to be zombies and so the Soskas definitely came out and delivered. You might have noticed also that the theatre on the street in their scene has a “COMING SOON! THE SOSKA SISTERS” on the marquee and there’s lots of stuff like that in there.

SCREAM: Was there any particular reason behind the film being set between the second and third games?

ZL: I think there were a few reasons yeah. One was so that, rather than adapting one of the stories from the games, we could come up with our own ideas for a film and set it within the universe so that it feels it’s part of everything that everyone else knows about the franchise. That way we were able to create our own characters and our own events that worked really well for a film that weren’t tied down to specifics from the game. Also it was good to explore the idea of how Zombrex went from being an injection to a chip. Telling that story, which isn’t told in the game, is something I thought was pretty interesting. 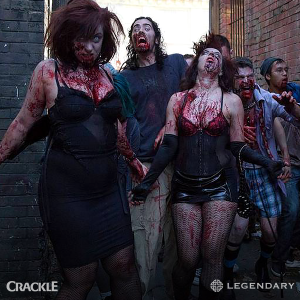 SCREAM: Then there’s talk of Tim Carter writing a follow up.

ZL: That’s one of the options at the moment yes. Hopefully this will lead to some next piece of content. The fun thing these days is that the line between features and series is kind of blurring because once it’s online it’s just like episodic content and the length of it doesn’t really matter any more. It will ultimately depend on the reception which, so far, has been incredibly positive and the film is doing really well so hopefully that means that we’ll be able to continue the story in whichever form it takes.

(A couple of days after the interview a sequel to the film was confirmed so we have that to look forward to next Spring).

SCREAM: Other than Dead Rising I think you are hoping to get to work on a long-gestating thriller set in a lighthouse in the ‘20s which was written by a friend of yours, Graeme Manson.

ZL: That’s one of my favourite scripts and it’s called The Keeper. We are putting it together right now and hopefully going to be shooting it later in the year. It’s just this incredible psychological, cabin fever type film. It really reminds me of films like The Shining and that type of elevated horror and it’s an incredible page-turner. The characters Graeme has created are genious so I’m really excited to try and dive into that.

I’ve also been working on my own time travel thriller. It’s a really cool contained movie. It’s a time travel movie all in one room and it’s about a father and daughter who get trapped in this room and have to try and escape while battling other versions of themselves who are also trying to escape. I’m a really big lover of science fiction which has always been tough to do on a low budget so I have been trying to come up with an idea that could look really big and have all the awesomeness of a full-scale time travel movie.

SCREAM: We look forward to both of those and it’s been an absolute pleasure talking to you Zach.

ZL: My pleasure too guys. Thanks.

We’d like to thank Zach for talking to us and will leave you with the Dead Rising: Watchtower trailer to whet your appetite for the film before it invades the UK and we can’t wait to see where they take us with the sequel in 2016. 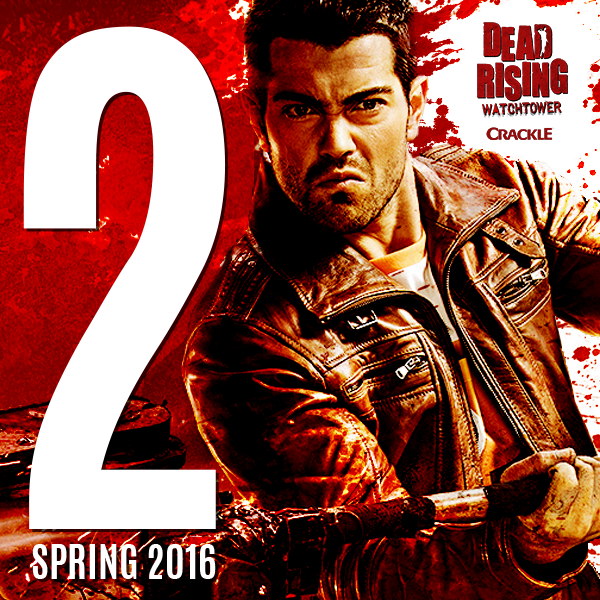