Yahya Abdul-Mateen II May Not Be Playing Candyman After All 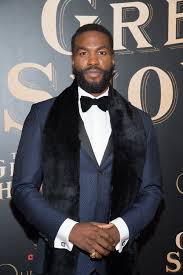 Earlier this year, it was reported that Yahya Abdul-Mateen II (pictured right) will be playing Candyman in Nia DaCosta’s spiritual sequel to the 90s horror classic. But DaCosta has recently commented that this isn’t entirely true.

While the director says he doesn’t want to spoil the surprise, he has stated outright that the actor isn’t replacing Tony Todd in the iconic role.

Does this mean that Todd may be reprising the character (even briefly) in the film? Will Abdul-Mateen II be playing a new but related character? We don’t know, but we’re excited to find out!

Candyman won’t arrive in theatres until June 12, 2020. Until then, we recommend saying Candyman’s name in front of your mirror five times to see which actor appears.