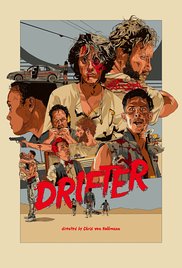 Cannibals and outlaws collide in a Mad Max-esque, post-apocalyptic wasteland in Chris von Hoffmann’s Drifter, for which XLrator Media has acquired the North American distribution rights ahead of a February release.

In the award-winning director’s feature debut, Aria Emory and Drew Harwood play two outlaw brothers who seek temporary refuge in a desolate town, only to find themselves targeted by the cannibalistic psychos who reside there. As well as producing and directing, von Hoffmann co-wrote the film alongside Emory.

“Drifter is a stylish and wicked thriller infusing bloodthirsty cannibals with a Mad Max aesthetic that heralds Chris von Hoffmann as a young director to watch,” says XLrator Media CEO Barry Gordon in the film’s press release, adding: “We’re excited to bring genre fans his feature film debut and see what he does next.” 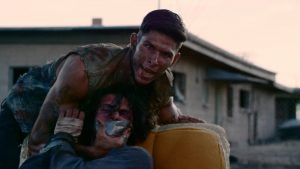 XLrator Media will release Drifter in US cinemas on February 24th, with a VOD and iTunes release following on February 28th.