Within Hits UK Shores in July

Warner Bros. Entertainment UK has announced they will be releasing Phil Claydon’s Within on home formats next month. You can check out the artwork and trailer below. 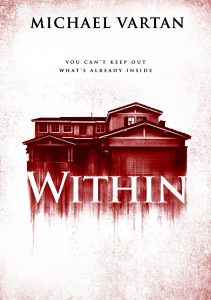 Synopsis:
You can’t keep out what’s already inside. Vartan, Moriarty and Velazquez star as a widower and his new family who are ready to begin a new life when they move into a peaceful suburban neighbourhood. But as strange things begin to happen around them, it becomes clear that something about their seemingly perfect home isn’t right. Something within the house and within its walls. As they learn the deadly secrets of their new house, they risk becoming the next chapter in its horrifying history in this psychological thriller that will make you think twice about the next place you live.

Within will be available on digital download from July 10, with the UK DVD following on July 24th.