Wither Directors Start Work on They Cast No Shadows 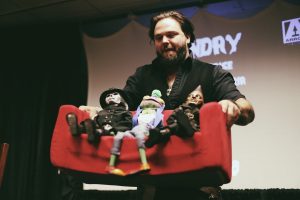 They may be keeping busy with post-production on upcoming Puppet Master reboot The Littlest Reich, but Sonny Laguna and Tommy Wiklund – the Swedish filmmaking duo behind the ace Evil Dead-inspired Wither – are already planning their next horror project together.

Entitled They Cast No Shadows, this will be the duo’s fourth feature together, and is currently in the pre-production stages. Laguna and Wiklund wrote the script with regular collaborator David Liljeblad, who also co-wrote and produced their Wither and follow-up We Are Monsers, as well as Laguna’s Blood Runs Cold. Read on for the They Cast No Shadows synopsis:

“In 1963, Laura and her sister Beth is the sole heirs of an enormous estate, including a mansion, on a small remote island just off the coast. Beth has been unemployed for a long time and is a heavy drinker, a troubled soul. She wants to sell everything off as soon as possible. But her big sister Laura has a brief memory of living there as small children with her grandmother. But that on one rainy night, everybody left in a hurry, including the staff working there. The children were sent to an orphanage home without any explanation and never heard from their grandmother again. Laura decides she wants to learn more about their distant relatives and takes a trip to the island. Upon arrival, their family history is slowly revealing itself in photos and diaries. But something about the past is hidden away, so dark and menacing, it will not let Laura leave while still alive.” 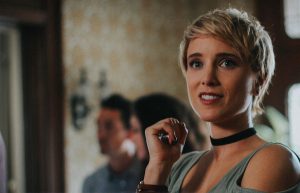 More on this one as we get it.