The Witching Casts a Nasty Spell 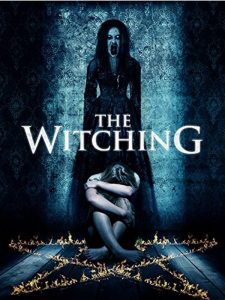 With witches making up the titles of two of the year’s most talked-about horror films, and with Nicolas Winding Refn’s Witchfinder General Remake and Don’t Knock Twice coming our way, the forest-dwelling hags are swiftly becoming the horror villain de rigueur right now. Next up on the witchcraft front is The Witching, which (getting tongue-tied here) is available to buy now from Amazon Prime.

With Halloween only hours away, the members of a popular podcast, The Witching Hour, gather to swap scary stories in the dark. But they bargain for more than just ratings when they venture to the site where the Woodland Valley Witch was brutally murdered.