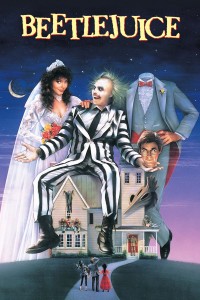 There has been a lot of speculation surrounding the sequel to 1988’s Beetlejuice, with Michael Keaton expressing his interest in reprising his role as the bio-exorcist years ago. Then, there were talks about Tim Burton directing once again and in 2014 this was confirmed, with Burton adding that Keaton and Winona Ryder would both be featuring. However, until now, we haven’t heard from Ryder herself. In an interview with Seth Myers, the actress has confirmed that the sequel is definitely going ahead (hurray!) and she will be returning to play Lydia Deetz (double hurray!).

I am very excited for this sequel, Beetlejuice is one of Burton’s best films and it’s very exciting to imagine what else could be done with the world he has created. With Keaton, Ryder and Burton returning, I really don’t know what could go wrong. Watch this space for more information and check out Winona Ryder’s interview on Late Night with Seth Myers below.