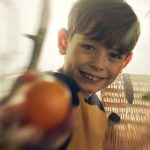 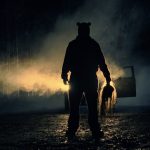 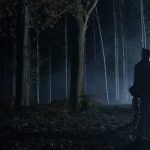 Alongside some gory shots from the film, the newly released images also include our first look at a young Christopher Robin looking happy and playful. We know that won’t last: Winnie the Pooh: Blood and Honey centres around what happens after Christopher Robin decides to head off to college and abandon his old friends, leading them to become feral and start hunting for prey.

Amber Doig-Thorne, Maria Taylor, and Danielle Scott star in Winnie the Pooh: Blood and Honey, which was directed by Rhys Frake-Waterfield for Jagged Edge Productions. The film was made possible when A. A. Milen’s original Winnie-the-Pooh stories fell into the public domain earlier this year.

Audiences in the U.S. can catch Winnie the Pooh: Blood and Honey in theatres for one night only on February 15th, 2023.