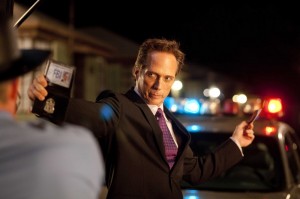 Another famous face has signed up to battle against extraterrestrial danger, as William Fitchner joins the cast for Roland Emmerich’s Independence Day 2.

Fitchner will be playing the character of a “top general”, and Emmerich has stated that his character’s importance will grow and grow in future sequels to the film. The current plan is to try and get another two films released after this one, taking the alien franchise up to four films.