Having had its world premiere way back in 2016 at London’s Frightfest, Craig Newman and Phillip Escott‘s Cruel Summer will finally see a release on February 27th, through Wild Eye Releasing.

Richard Pawulski, Natalie Martins (Kill or Be Killed), Waterloo Road’s Reece Douglas and Emmerdale mainstay Danny Miller star in the film, which was shot mostly in around Cardiff and Glamorgan in Wales. 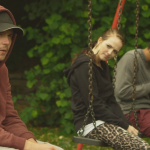 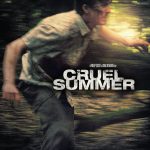 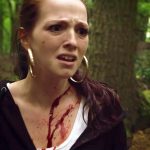 Synopsis:
“Danny (Pawulski), a teenager with autism, escapes the inner city for the beautiful countryside as part of his Duke of Edinburgh Award scheme. Little does he know, that bitter Nicholas (Miller) is hunting him, stemming from a lie created by the enamored and envious Julia (Natalie Martins) and Calvin (Douglas). As the three close in on Danny, Nicholas’ behavior becomes increasingly erratic and violent, and Julia and Calvin must decide whether to go through with Nicholas’ deadly plan.”