Now, this looks like fun. A brand new trailer has been released for Escape Room, the latest horror offering from Adam Robitel. He most recently directed Insidious: The Last Key, but don’t let that put you off. His directorial debut was an intelligent, important balance of horror and drama: The Taking of Deborah Logan. 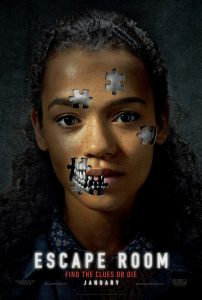 Robitel is leaving his serious side at the door for this one, because Escape Room follows a group of people that agree to an immersive escape room challenge that fast turns into a fight for survival. The trailer teases a concept that blends the wicked sides of Saw, Cube and The Cabin in the Woods. I’m totally sold.