Why the Devil made them do it

The idea of the Devil has been with us since the dawn of man. Before we were scribbling on cave walls there was an oral history of the things that lived in the dark. Before the concept of the modern day Devil there were hundreds of versions dreamed up by individual tribes and settlements. The stories of these other deities and eventually the ones we now know about Lucifer, have been used to scare children, explain away temptation, excuse ourselves from the sins we have committed (the Devil made me do it), and provide an antagonist for our stories and movies. Who better to make the focus of a book or movie than the ultimate evil? What can be scarier than the Prince of Darkness?

He’s always been in our literature. From the single most best-selling book of all times to the self-published books crowding the virtual shelves at Amazon and Barnes and Noble, we love Him. He’s a fallen angel. He was once the favorite son of the most powerful being ever created. He got into a fight with his dad and got kicked out of paradise, fell from the heavens burning and screaming, and crash landed in Hell. His perfect life ended and suddenly he was the Lord of the Flies, the man in charge of every horrendous demon and sinner.

Satan punishes you when you’re bad. Not just for a day or two. He doesn’t ground you for a week and then let you go. He abuses you mentally and physically, peeling your blistering skin from boiling bones in a lake of fire. There is no reprieve. There is no escape. He’s there to make you suffer forever and ever. He gets you for all eternity because you were a sinner.

He’s the second most powerful being in all creation, and you belong to him.

The concept is so powerful and dramatic there is no wonder why Hollywood keeps coming back to it. It’s no surprise that Authors of every level love him. The ideas are endless and the story writes itself. He’s been the star of movies since the advent of film, but he didn’t really hit his stride until the early 60’s.

Whether it was art imitating life or vice versa, we began to see a lot of movies about the devil popping up while news outlets were beginning to report stories of real life devil worshipers. Things really heated up when Anton Szandor LaVey burst onto the scene and started the church of Satan in 1966. The creation of real life Satanism became a huge deal, and although LaVey never sent anyone out to kill the idea of baby sacrifice and mass murder was locked into the minds and hearts of the populace. No one could worship the Devil and remain sane. Only dope addicts and monsters would join such an organization.

Publishers and film studios capitalized on this thinking and the popularity of the idea of Satanism. Dozens of books and movies came out. The first really notable cinematic masterpieces was Rosemary’s Baby. Initially released as a novel by Ira Levin and released by Random House in March of 1967, this book would become one of the best-selling books of the 60’s. Its success is attributed in popularizing the horror genre. Then of course the movie came out in 1968, directed by the controversial genius Roman Polanski and starring Mia Farrow. The film was a huge commercial success and is still a terrifying film to this day. 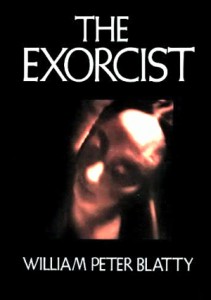 From that point on Satan became the most popular guy in Hollywood. Five years after Rosemary’s Baby took the world by storm, another novel was adapted into a blockbuster hit. William Peter Blatty wrote the Exorcist and Harper and Row published it in 1971, and also wrote the screenplay for the film. He won an Academy award for the screenplay, further proof that horror as a genre was beginning to be taken seriously and Satan Himself was considered viable enough for even the stuffy Academy to honor. The movie was released the day after Christmas, 1973. It was directed by William Friedkin and starred a young Linda Blair. Despite setbacks including top name directors dropping out of the project and accidents involving the cast, crew, and their families, the film was an enormous commercial success and is still one of the highest grossing films of all times. Reports of people feinting or vomiting in theatres was rampant. This movie is such a cultural phenomenon that the Library of Congress selected the film to be preserved as part of its National Film Registry.

The omen is another notable, successful movies from the seventies that needs to be mentioned. Not only do we have very devout Devil worshipers, but we also have the antichrist appearing as young Damien, the son of a prominent American Ambassador. The film was directed by Richard donner and released in 1976. Who can forget the boys nanny standing on the ledge of the family mansion, waving and yelling “It’s for you, Damien. It’s all for you” before stepping off the ledge and hanging herself in front of dozens of guests. The fact that she does this during the boy’s birthday party means so much. This movie also won an Academy award, further proving that horror is as much an art form as any other.

In just three examples the Devil has proven that he can impregnate and possess anyone he chooses.  What if there was more? What if Satan could just walk among us? He has. Hundreds of times and in hundreds of circumstances. One of my personal favorites was played by Jeff Goldblum in the 1990 film Mr. Frost. It’s a more stoic, unconventional Satan than most others. The performance is much more subdued than many others, yet he comes across every bit as sinister and powerful. Mr. Frost is questioned by police when a dead body appears in his palatial estate. Without prompting, Mr. Frost, whose first name is never given, admits to having dozens of bodies buried in his yard.

Mr. Frost is then institutionalized but refuses to speak until, two years later, a female doctor catches his attentions. He begins a cat and mouse game by telling the doctor she will eventually kill him. As strange things begin to happen around her, her crippled brother, and her colleagues, the good doctor ev— find the movie and watch it. I’m not giving away the money shot. Besides, if you’ve never seen this movie you need to run out and find a copy.

Usually we see Lucifer as one of us. He looks like a regular human just walking around doing malicious things for fun. From the hit TV show Supernatural to hundreds of movies, Satan is most often seen as just one of the guys. He’s always handsome, suave, and much cooler than you. He’s usually rich and walks around with a – ahem – Devil may care attitude. If the laws of man didn’t apply to you, I think you’d strut around like a King also. 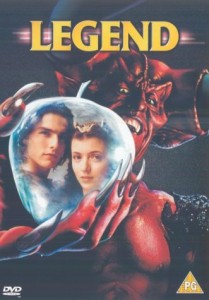 But sometimes Satan is seen as something more. The most iconic vision of him ever put on film has to be the 1985 film Legend. Of all possible actors deemed devilish enough to play the iconic vision of Lucifer, Tim Curry was selected. He played the part brilliantly. His version, with the red skin, gigantic horns, and hooved feet is something that stays with you forever. He is the more traditional version, the scarier realization of what we learned in Sunday school. Curry was absolutely terrifying and to this day whenever someone mentions Satan I think of that version.

There are movies about witches covens and satanic groups, single practitioners and entire churches filled with unholy believers. There are books stacked ceiling to floor, many of them in my own office, in which Satan is an underlying force. As an author my preference will always be books, but the films provide the stunning visuals and fodder for the masses. With the books it’s the mental assault, the personal inflection we place on what we read. I’ll end my Satanic diatribe by speaking of a couple books that you need to read.

As stated above, Rosemary’s Baby by Ira Levin is a must read. William Peter Blatty not only wrote the Exorcist, but also Legion which was the basis for the Exorcist III, my personal favorite movie of all times. Blatty is an exceptional writer who draws on history and dramatic descriptions to paint mental pictures few authors can duplicate. He’s a genius with plenty of books that should be on the required reading list for horror fans and you need to check him out.

More recently Richard Kadrey wrote the Sandman Slim Novels. The main character, Sandman Slim, isn’t the Devil, or at least he isn’t through the entire series. He is a sardonic prick who does the wrong things for the right reasons and is willing to sacrifice himself for those he cares about. The only thing you need to know about these books is that they’re brilliantly written and the sarcastic, unapologetic style Kadrey has keeps you coming back from book to book. If you haven’t read Kadrey, you need to stop reading this and jump on Amazon. Order all of his books. Right now.

Satan isn’t going anywhere. He’s not leaving our books or movies, and he’s certainly not leaving our televisions. In fact, Satan just got a new Television series. Lucifer as a TV show isn’t anything special. The main character, played by Tom Ellis, is a handsome, slightly cocky but still charismatic guy living in LA. He deserted hell in favor of a nightclub in Los Angeles. It’s mildly entertaining but Satan doesn’t seem to have any real power. So far the ratings are lack luster and it doesn’t seem like this show has the legs to carry it into another season. 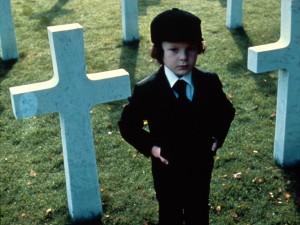 The real Satan, or at least the idea of the real Satan, will last forever. He’s made it thousands of years already and only seems to be growing in popularity. I suggest you get to know him, because he’ll be around a lot longer than you will.

Christian Jensen is a Horror author with plenty of books to meld your salacious mind. You can find his books on Amazon, Barnes and Noble, and most other places quality e-books are found. He is on Twitter @hororwritindad and Facebook as Christian Jensen Author.