Who’s Crazy in the Trailer for Blood Honey?

Bees can be scary and we think Nicolas Cage would agree with us (Not the bees!) A trailer has now been released for Jeff Kopas’ (An Insignificant Harvey) Blood Honey and it shows a woman drawn into a haunting nightmare when she returns to her family’s lodge after 10 years. 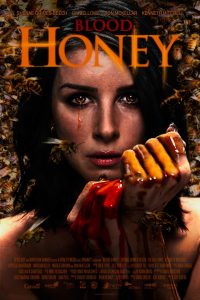 Synopsis:
Tortured by the memory of a childhood trauma, a woman returns after a decade to her family’s fly-in hunting lodge to assist her siblings with their dying father, only to find herself stuck in a life threatening nightmare.

The trailer delves into the film’s gothic horror roots and focuses on the nightmarish frights that threaten the family. As you’d expect, there’s plenty of honey to go round, but I’m not sure we want any.