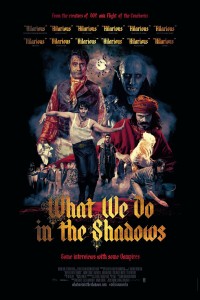 In a recent interview, Jermaine Clement revealed that a sequel to the critically-acclaimed vampire mockumentary What We Do In The Shadows is in the early planning stages.

This is wonderful news; What We Do In The Shadows was a refreshing addition to the horror-comedy genre last year and successfully created a comical world where vampires (and werewolves) struggled with their modern lifestyles. It was one of the most original films of recent years and genuinely hilarious – in my opinion, anyway.

If the sequel does happen it will be interesting to see what route the story will take and whether any other fantastical creatures will make an appearance. The “we’re werewolves, not swearwolves” made a brief, yet brilliant, appearance so I can’t wait to see more of them. Apparently they’re going to be the focus of the sequel, but that’s all we know so far. Keep your eyes and ears peeled for more!