What a Time to be Alive; New Trailer for Anna and the Apocalypse

Based on the BAFTA-winning short Zombie Musical from director-writer Ryan McHenry, Anna and the Apocalypse has received a new trailer. The film is a festive-set zombie-horror musical comedy, so it’s going to be unlike anything you’ve ever seen. To describe it as Shaun of the Dead meets La La Land is hilariously accurate. 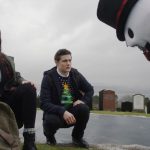 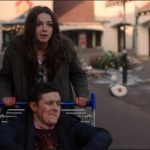 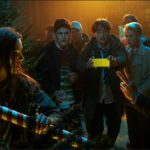 The trailer is fun and gory, perfectly balancing a tone that is laced with horror and bursting with laughs and comedy. Check it out below.

The film originally debuted at Fantastic Fest in 2017 and received a lot of critical buzz. The film was praised for its brilliant blend of comedy, horror and the musical genre, as well as the great performance from leading lady Ella Hunt.

Anna and the Apocalypse has been directed by John McPhail, because sadly, McHenry passed away back in 2015. He was originally interested in directing the feature adaptation of his film.

Anna and the Apocalypse will be released in select cinemas on 30th November, before releasing nationwide on 7th December.