WHANNELL’S THE INVISIBLE MAN GETS AN OFFICIAL RELEASE DATE 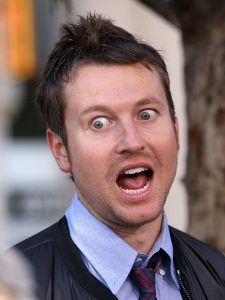 Filming for Leigh Whannell’s The Invisible Man remake is set to start this summer, and we won’t have too long to wait to see (or rather, not see) what he cooks up. Universal has announced the film will be released on March 13th, 2020.

Elisabeth Moss (Us) will star as Cecilia, who starts to put her life back together following the suicide of her abusive ex. But is he really dead after all?

Whannell wrote and will direct the flick, which is being hyped as a scary, character-driven take on the iconic Universal monster.