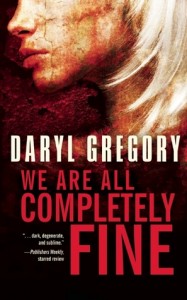 It might seem like Wes Craven has got his hands full with the small screen, producing the Scream TV series, but Craven has just signed a deal with Universal Cable Productions to bring us more horror themed television.

Michael Riesz (Unforgettable) will write and executive produce The People Under The Stairs pilot, which he described as “Downton Abbey meets Amityville Horror”, so we know we’re in for a terrifying and upper class show. Alongside Craven and Riesz, Shep Gordan will also executive produce, which is wise as Gordan executive produced the original film.

Although Wes Craven seems to be taking a back seat in the writing and directing, he’s in the front seat for We Are All Completely Fine as he will write and direct the project.

Another adaptation that’s in progress with UCP and Craven is a TV version of Steve Niles’ comic books series The Disciples. The network and executive team are yet to be announced for this.

The People Under The Stairs synopsis:
After a local girl disappears, questions are asked and secrets are exposed. As the story develops, century-old horrors are uncovered deep within an estate.

We Are All Completely Fine synopsis:
Five survivors of real life horror movie scenarios are gathered together by a charismatic and charming psychologist, who creates a support group for them. What will happen when the psychologist unlocks the evils of her patients’ pasts?

The Disciples synopsis:
A group of bounty hunters are hired by a highly important Senator to retrieve his daughter from a mysterious and religious cult. This cult isn’t on Earth – it’s on a colonised moon in the solar system, where the cult leader is worshipped like God. When the group arrive, they realise something has gone horribly wrong.