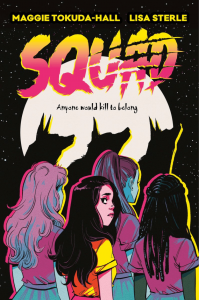 The news was broken by The Hollywood Reporter, which notes that the book has “tones of Promising Young Woman and Jennifer’s Body” and “explores the boundaries of villainy and accountability and centres on a queer woman of colour.” The plot follows Becca, “a new girl in school who realizes that the girls in the popular clique are not just girls but also werewolves that feast on budding sexual predators. Since she now knows their secret, the young woman is faced with a decision: join the pack or else, wrestling her sense of morality and asking herself just who are the real monsters?”

Tokuda-Hall and Sterle are on board to executive produce the series. As for the graphic novel, it’s slated to hit shelves this autumn.