Welcome to The Jungle, We’ve got Daniel Radcliffe 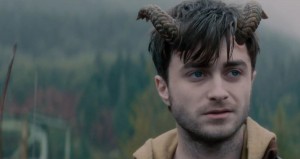 Wolf Creek director Greg Mclean is taking us far off the beaten track once again with Jungle, a psycho-thriller which will star Daniel Radcliffe, whose reinvention as genre film leading man is all-but complete. The film is based upon Yossi Ghinsberg’s memoir detailing a seriously ill-fated trip to the Amazon jungle with two friends and a guide. The disastrous expedition was previously turned into a Discovery Channel docudrama series entitled I Shouldn’t Be Alive in the US, although Mclean’s film will no doubt prove somewhat more intense.

Mclean is taking the distribution rights to the film (which is scripted by fellow Aussie Justin Monjo) to the European Film Market, with a view to begin shooting later this year.

Following starring roles in The Woman in Black, Horns and Victor Frankenstein, Radcliffe most recently made waves as a flatulent corpse in one of the most talked-about films at this year’s Sundance, Swiss Army Man.

This is most definitely one to keep an eye on, and is ideally suited to Mclean, whose ability to exploit beautiful scenery while ramping up the survivalist tension is in no doubt, evidenced in both Wolf Creek films, as well as his under-seen giant croc flick Rogue.