Wedding Bells a’ringing in Betrothed, headed your way in July 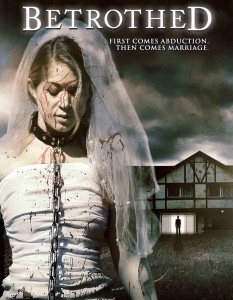 Here’s one to definitely keep an eye on. A trailer and artwork have just landed for Betrothed, a good ol’ fashioned exploitationer from director Jim Lane (Deadly Famous), headed for VOD from Osiris Entertainment in July.

The film, which stars horror’s busiest man Bill Oberst Jr. (Valley of the Sasquatch, Deadly Revisions), is described in the press materials as “The Texas Chain Saw Massacre meets House of 1000 Corpses” which, together with the following synopsis, should give you a good idea of what to expect.

A trip to the store turns into a surreal nightmare when a college student is kidnapped by a deranged, dysfunctional family. Now Audra West finds herself trapped in the middle of the desert and betrothed to Adam, the youngest son of the murderous clan. As a determined detective conducts a frantic search, Audra realizes the only way to survive is to escape. But even if she could get away, almost two hundred miles of desert lies between her and help. 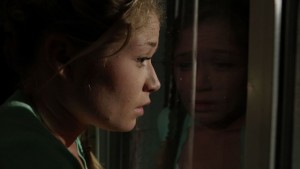