Wayward Pines is Renewed for a Second Season 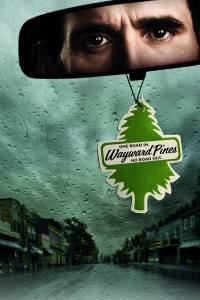 This news is quite surprising because very early on it was decided that Wayward Pines was to be an “event” series, which means just the one series. However, due to its popularity – especially during the final episodes – Fox have decided to renew it for a series 2.

We’re in favour of this news, because despite a rocky finish, Wayward Pines was an overall mysterious and gripping show. The main problem with the finale was that it didn’t have a solid ending, so to have the opportunity to see what happen next is definitely intriguing.

It appears that M. Night Shyamalan is having that much-needed comeback with Wayward Pines and his hit comedy-horror The Visit, so it’s actually exciting to see what he’s going to do next. The new series is said to follow a stranger to Wayward Pines who finds himself among a rebellion as the residents decide how to save the human race.

There’s no word on who from the original cast will return, but Wayward Pines series 2 is slated for a summer 2016 release. Excited?