WATCH THE TRAILER FOR HBO’S THE OUTSIDER

With so many Stephen King adaptations in the works right now, it’s difficult to keep up—but we’re still giddy to see the teaser trailer for HBO’s The Outsider. 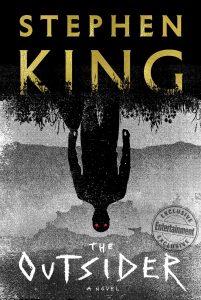 Based on King’s 2018 novel of the same name, the 10-episode series stars Ben Mendelsohn (Rogue One) as Ralph Anderson, a police detective grieving over the recent death of his son. He’s tasked with investigating the brutal murder of Frankie Peterson, an 11-year-old boy whose mutilated body is found in the Georgia woods.

All of the evidence points to Terry Maitland (Jason Bateman), a beloved figure around town. There’s just one problem: Terry has an iron-clad alibi. And unless he can be in two places at once, the horrific crime must have been committed by someone—or something—else.

The Outsider premieres on HBO on January 12th, 2020. Check out the teaser trailer below.