If it chooses you, nothing can save you… 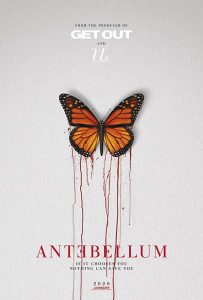 The first teaser trailer is here for Antebellum, an enigmatic new horror film from Lionsgate.

The film stars Janelle Monáe (Hidden Figures) as Veronica Henley, a successful author who finds herself trapped in a horrifying reality. Can she get to the bottom of the mind-bending mystery… before it’s too late?

Antebellum will hit theatres on April 24th, 2020. Watch the first teaser below.