Having tackled apocalypse-bringing rodents in his 16-minute directorial debut Night of the Hell Hamsters, clinical body horror in Eel Girl and Nazi occultism in feature debut The Devil’s Rock, Paul Campion shows us a different side to Santa Claus in his latest short, The Naughty List. 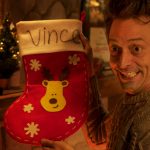 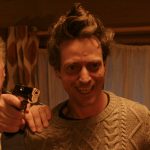 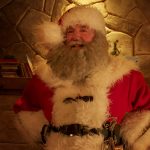 An accomplished visual effects artist, Campion has created matte and texture art for the Lord of the Rings trilogy, Sin City, 30 Days of Night and Captain America: Civil War among many other hit films, most recently working on Independence Day: Resurgence and Fantastic Beasts…

The Naughty List is now available online, and you can watch it below. It tells the mischievous yuletide tale of two mobsters hiding out in a snow covered cabin on Christmas Eve, who come face to face with jolly ol’ St. Nick, and discover what it really takes to get on either his naughty or nice list. It is based on a short story by two-time Bram Stoker award winner Brian Keene, and stars Vincenzo Nicoli and Sebastian Knapp as the hapless criminals, with Mac Elsey as Santa, who is himself a little bit naughty, helping himself to a dab of cocaine and a swig of Jack. Well, ‘tis the season.