Over the last few days, we’ve shared with you some of what the cast can reveal about Season 7 of The Walking Dead. Here is the last of the cast interviews. 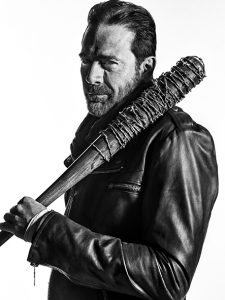 First up is Jeffrey Dean Morgan, who plays Negan:

SCREAM: How Was It Joining the Cast Last Year, Knowing What This Character Does?

Jeffrey Dean Morgan: The introduction of Negan was hard, but to play this role for me is a dream come true. It’s the most fun I’ve ever had in my life, and that’s horrible for everyone’s sake.

How Did You Arrive at How To Portray Negan?

The way he moves is very unorthodox. I’ve changed how I walk, how I lean, how I talk. I saw one panel in the graphic novel where Negan is leaning back and laughing. That one panel encapsulated who Negan is for me.  I have run with that panel. It’s part of his brutality.

This was a big deal for them as a cast and as a family. They’ve gone through this seven-year war together. I had just flown in and had two days to film that episode. Hi meet Jeff. He is going to be Negan. This guy is going to kill somebody. Now kindly get on your knees for the next two days, and not only get on your knees, but act your pants off. You are giving a lot to someone you don’t know a lot about. They were awesome.

What Does Negan Know About the World That Rick Doesn’t?

There isn’t anything in this world that Rick doesn’t understand. Negan just goes about it in his own different way and sees a little bit more humour. Rick is a dark character. Where Rick went dark, Negan made a joke out of the whole thing. He found out that is a very effective way to lead people.

You need to be very careful about what you wish for because you are going to get it and more this year. It’s emotional. It’s hard. It’s hyper-violent. It’s a lot to take. When the audience sees it, they will know exactly what “a lot” means.

What Do You Hope Audiences Feel Every Time They See Negan?

You won’t be able to see Negan without thinking of the premiere episode. What he does is so strong and so shocking. The way Negan inflicts damage is so original to Negan, that whenever he comes on screen you will not know what to expect.

What Should Fans Know About Negan?

He talks a lot. He loves the sound of his own voice. Don’t get lulled by that. The second you think it’s another Negan monologue, maybe it’s not.

What Surprised You Most About Joining The Walking Dead?

I had heard from the get-go that this cast was extraordinary with this family atmosphere with cast and crew, producers and network, top to bottom. I’ve never been around so many extraordinary people who love what they are doing as much as this group of people. You would think on year seven people would not care as much as they did in year one. That is absolutely not the case here. They go at it like it is day one, every day!

Next we hear from Khary Payton, who plays Ezekiel: 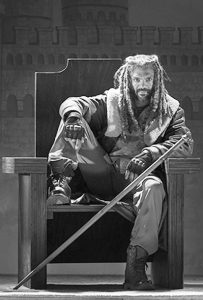 SCREAM: Were You a Fan of The Walking Dead Before Being Cast on the Show?

Khary Payton: This is one of the shows that my wife and I stay current on. My wife is kind of crazy right now because she wants to know things, but doesn’t want to know things.

Tell Us About the Audition Process.

The audition was five pages long of me talking! It was one of the more substantial auditions I’ve ever done. I immediately called my agent and manager to find out if I was in the mix for this. Because if I’m not, let me just find a tiny island to go to for a little while so I can get my mind off of it.

Tell Us About Waiting To Hear if You Got the Part of Ezekiel.

It was about 3 to 4 weeks waiting to find out. I felt like a guy in a skiing championship. They have all these championship skiers and this one scrub who is okay. Let’s have him try out and go first, and he broke the record. You go sit in the clubhouse while we see how these other guys do. I just had to wait to see if any of the other guys were going to go faster than me. They said nobody went faster than you – you get the dreadlocks.

How Much Fun Are You Having Bringing Ezekiel to Life?

It’s such a cool thing to work with Lennie James on this show. Andy [Andrew Lincoln] waking up in that hospital, you’re hooked from the very beginning. To have that secondary story happening with Morgan and his wife and his son made me feel like I have to watch every bit of this because it is such great work. That is the character and that is the guy I’m working with.

Ready to answer our questions next is Michael Cudlitz, who plays Abraham. 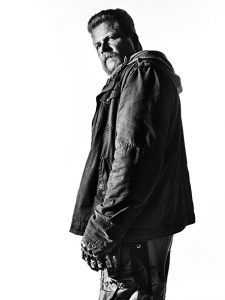 SCREAM: What led Abraham to start a relationship with Sasha?

Michael Cudlitz: The defining moment happened when Abraham is on the bridge when he literally looked death in the face. He breaks up with Rosita and that puts into motion the idea of a future. He ends it to start the rest of his life with Sasha.

Where is the group at the end of the last episode?

The Season Finale is great because, from the minute it starts, you know it’s not going to end well for so many reasons. There is the claustrophobic element of the RV and the ticking time bomb of Maggie getting sicker and sicker, forcing us deeper and deeper into this trap. It starts closing in on us roadblock after roadblock. Everything about this is implying the size of the force that we are dealing with is way larger than what we have and what we have ever encountered. We are not dealing with people who don’t know what they are doing. It’s terrifying to us.

Was the group too confident dealing with the Saviours up until now?

We were looking at things as separate threats. It’s a dangerous world, and it appears it is run by one guy that we knew nothing about. We have no idea of the size, scope, command, and the tentacles that this group has. There are no answers, and we are not in a position to get them, because, in this moment, we don’t matter.

Where do things go from here?

It’s The Walking Dead, we lose people. I’m eager to see how the loss changes the group. And there are other groups we still haven’t met yet.

To finish the interviews we speak to Xander Berkeley, who plays Gregory. 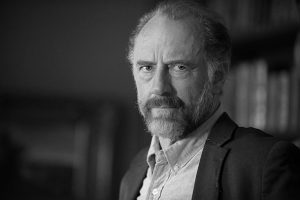 SCREAM: Why Did Gregory Make the Deal With Maggie Last Season?

Xander Berkley: To live another day and to have a little more life. He will take it over nothing because he is terrified of death. Keeping his people at Hilltop happy is important because it reflects positively on his image of himself.

This is a man who life has taught him bad lessons. He has been given positive reinforcement for negative behaviour. He got away with it because he was confident and that confidence gave him power over other people. Once you are up against circumstances that are as dire as these that behaviour becomes all that more crystallised. Yet, he finds himself amusing. That is his way of diverting reality.

You Describe Gregory as the Guy Who Thinks He Is the Life of the Party, but He’s Not.

Gregory is the one that invariably gives the big speech at the wedding thinking everyone is hanging on his every word when they are just saying to themselves, “Is he really going to keep going?” He is.

What Do You Hope for Gregory This Season?

I would like to see that he gets a laugh out of other people, not just himself. A lot of the time, people who get a kick out of themselves, others get a kick out of them too. There is something infectious about that. Hopefully we will see some people laughing, even if it’s in the background.