Walk The Halls with these new Images from Alien: Covenant

What is, quite simply, one of our most anticipated films of the year, Alien Covenant’s imagery is coming in quick and fast as we edge closer to the film’s release date in 2017. The first new image shows a desolate and dark hallway from the Covenant ship with the mind-boggling number caption “185612082104”. What do they mean?! Another shows bloodied walls that tease the violence expected in Alien: Covenant. We are very excited. 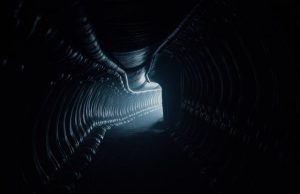 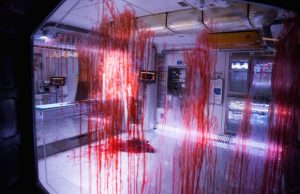 We hope the shroud of mystery is unveiled sooner rather than later, because we’re getting very impatient over here and we think you are, too. Check out the eerie images below and keep your eyes peeled for more from Alien: Covenant. A teaser trailer must, surely, be on the horizon.

Synopsis:
Bound for a remote planet on the far side of the galaxy, the crew of the colony ship Covenant discovers what they think is an uncharted paradise, but is actually a dark, dangerous world — whose sole inhabitant is the “synthetic” David (Michael Fassbender), survivor of the doomed Prometheus expedition.