Voodoo Takes You to Hell This September

Wild Eye Releasing has announced a DVD premiere for Tom Costabile’s Voodoo, which seems to be picking up positive reviews wherever it is seen. This new trailer, which accompanied the announcement, certainly packs a punch. 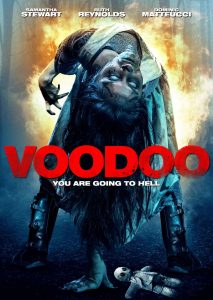 The film is the feature debut of writer-director Costabile, who already has his next two genre films in pre-production. It stars Samantha Stewart (12/12/12), Dominic Matteucci and Ruth Reynolds, who also stars in the upcoming Witchula alongside the likes of Kane Hodder, Dee Wallace and Bill Oberst Jr.

“VOODOO tells of an innocent southern girl, Dani, vacationing in Los Angeles to evade her increasingly complicated life.  Once Dani arrives in Los Angeles, she learns that trying to escape her past is not as easy as she had hoped.”

Voodoo comes to US DVD on September 11th.