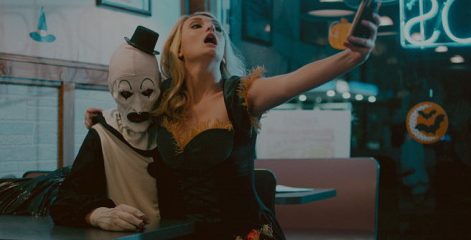 The clown slasher film Terrifier recently had its UK premiere at the Halloween Horror Channel FrightFest event in London and a brand new trailer has now been unleashed. It looks hideously violent and teases the dark humour and violence that is present throughout the film. Surprisingly though, the trailer doesn’t even come close to teasing how bloody, gory and relentlessly nasty the film is. It’s a treat.

Synopsis:
Terrifier is the story of a maniacal clown who terrorizes three young women on Halloween night and everyone else who stands in his way…

Terrifier comes from director Damien Leone and is based on his short film of the same name. Art the Clown is fast becoming an iconic killer to fear and when you see the film, you’ll know exactly why. It’s brutal and as grisly as they come, brilliantly reminiscent of the long-gone days of ‘80s exploitation cinema. It’s certainly not for the faint hearted!

Look out for our review soon and be sure to get your hands on the terrifying Terrifier when it is released on DVD and Digital HD in 2018. 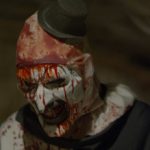 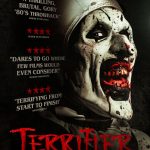 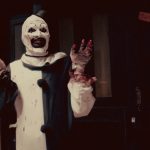