Synopsis:
A trained assassin called Sook-hee (Ok-bin Kim) promises 10-years work to a government agency, after which she and her daughter will be granted freedom and the chance to live a normal life. 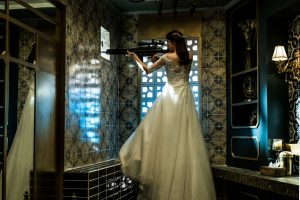 The Villainess is a slick, action-packed and exciting thrill-ride that will undoubtedly please fans of violent Korean revenge thrillers. It comfortably sits among modern classics like Oldboy, Lady Vengeance and I Saw the Devil, further emphasising the importance Asian thrillers have in this genre as a whole. This certainly isn’t the most original of stories and we’ve seen similar tales of revenge countless times before, but The Villainess’ stylish vibes are infectious, making it impossible not to enjoy the ride.

For all that’s right – and quite amazing – with The Villainess, it is not without its problems. On the surface it offers a stylish and visually pleasing portrayal of a woman out for revenge. The film begins with a first-person perspective, similar to last year’s snore-fest Hardcore Henry, as Sook-hee obliterates (there’s no other word for it) everyone in her path. And there are a lot of them. It’s a stunning and breath-taking scene that is excellently choreographed and edited to give the impression it’s been shot in one very long-take. However, those with an eager eye will realise it most definitely hasn’t. Either way, it’s a gripping sequence and sets the bar high for the action sequences that are sure to follow.

Sure, The Villainess delivers a generous further amount of dazzling fight sequences and these are, undoubtedly impressive and the best parts of the film. However, the film clocks in at over 2 hours and, perhaps surprisingly, the majority of the film does not revolve around her kicking ass. The story itself is the weakest part of The Villainess and it’s clear that the film’s fighting, slicing and dicing were very much put to the forefront. For this reason, it is easy to describe The Villainess as almost void of any emotional value or sentiment. It is difficult to fight Sook-hee’s corner when she is painted as someone so cold. Of course, she is the victim of a heart-breaking tragedy; one that has helped craft her into the murder machine that she now is, but when the film navigates into more personal territory, it is impossible to feel a true connection to this fierce assassin.

Another flaw in this film comes with its similarity to the French Le Femme Nikita and the later American remake The Assassin AKA Point of No Return. Aside from the literally connection between all the films’ focus on a detached female assassin, The Villainess quite literally snatches a key bathroom scene from the former films, makes a slight adjustment and re-delivers it as its own. It was already easy to compare the film to Nikita, but moments like these just reinstate The Villainess’ lack of thematic originality. 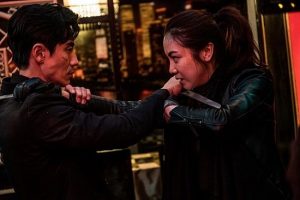 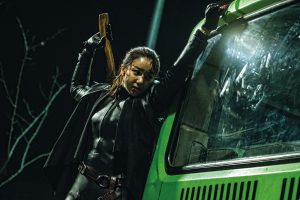 It’s a treat for the eyes and it’s one of the year’s coolest movies, but The Villainess misses out on perfection as it is unable to get a solid grip on its audiences’ heart strings. A little more heart and soul would surely have gone a long way, but it is easy to appreciate The Villainess’ brutal concern with delivering some of the most excellent scenes of action you’ll ever see.