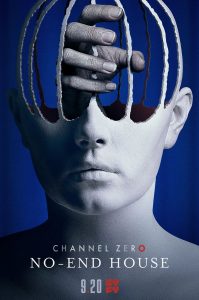 A new teaser has been released to remind us that we’re nearing the release of season 2 of Channel Zero. Titled The No-End House, the new series will follow the story of a woman who visits a strange house of horrors, where nothing is the same once she leaves. Very ominous, indeed.

The story is based on Brian Russell’s Creepypasta and the new teaser showcases some of the weirdness that occurs in the individual rooms. It looks visually striking and extremely creepy, so we’re excited to see what happens when Margot Sleator visits the No-End House.

Channel Zero: The No-End House will star Amy Forsyth, Jeff Ward and John Carroll Lynch, with plans to air its 6-episodes this autumn.