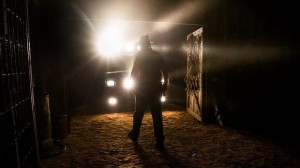 Australian streaming service Stan has released this new teaser for their upcoming Wolf Creek mini-series, in which we meet the woman who may just take down outback psychopath Mick Taylor once and for all.

Greg McLean, director of Wolf Creek and its sequel, scripted and is directing at least one episode of the series, which marks a new chapter in the legend of Mick Taylor, again played by John Jarratt.

“Wolf Creek, a six-part drama series, is a psychological thriller set in the world that fans of the films will recognize – but this time things are different. At first the pattern is familiar: Mick Taylor targets an American tourist family to terrorise and destroy. But the tables are turned when 19-year-old Eve survives the massacre and starts to rebuild her shattered existence by embarking on a mission of revenge.” 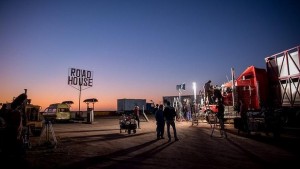 “Having a female point of view is really interesting because it basically flips that whole slasher thing on its head because it’s not about that,” McLean told SMH in December. “It’s actually about her exploring a character and trying to understand the motivation for a character – it’s much more character-focused as a raw piece of storytelling.”

Shot in South Australia, the 6-episode series will premiere exclusively on Stan later this year, with all episodes available at once, making it a perfect binge-watch.

A Wolf Creek 3 is still on the cards, although McLean is currently in production with action adventure Jungle.