We’re never short on vampires in the film and TV world, but that’s not stopping a brand new TV series from putting its stamp on the blood-thirsty sub-genre. Based on the Icelandic novel Powers of Darkness written in 1900, the series will be titled Dracula Now and will be set in modern day. 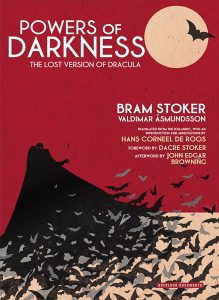 In order to relate to the current political climate, the series plans to emphasise Dracula’s determination to conquer Europe, much like a dictator. Dracula Now will be distributed by Scanbox, one of Scandinavia’s leading independent film distributors, and the CEO, Sigurjon Sighvatsson, has said this about the show:
“Dracula Now will be an allegory of what’s happening today in the U.S., in the U.K. and in France. It won’t be like a Dracula spinoff because there’s no need for that. Dracula No’ will explore the idea of Dracula as a dictator forging a reign of blood to control people in today’s world.”

It certainly sounds like an interesting premise and if the show can offer a unique and relevant Dracula series, then we are definitely keen to give it a watch.