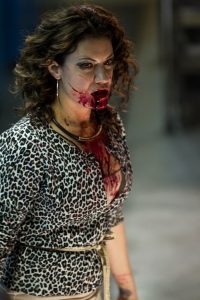 A bloody new set of stills has arrived for Mitchell Altieri’s horror comedy The Night Watchmen, which pits a group of security guards against a horde of bloodthirsty vampire clowns. Or ‘zompires’, as one character christens them.

Altieri, who as one half of The Butcher Brothers co-directed The Hamiltons and The Violent Kind, directs from a story by Ken Arnold and Dan DeLuca, who also star as inept security guards Ken and Luca. The film also stars Kevin Jiggetts, Kara Luiz, James Remar, Max Gray Wilbur and Troma alumnus Tiffany Shepis.

Ken and Luca lead a lousy security patrol whose night takes a turn for the strange when a coffin is delivered to the carpark they work at. Inside the coffin is an undead vampire clown who escapes, and pretty soon the guys have a whole horde of the undead bastards on their hands.

Arnold and DeLuca also produce the film, alongside Jeffrey Allard and Demetrea Triantafillides. 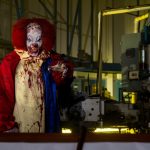 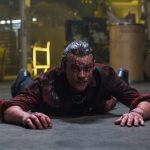 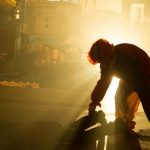