Us and Them Trailer Takes the Power Back 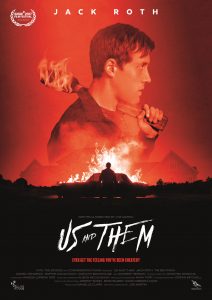 Genre cinema (but particularly horror) has long been inseparably linked to the social and political climate that it comes out of, at its best holding a cracked mirror up to society or representing a furious challenge to prevailing political shifts. Writer/director Joe Martin’s timely feature debut Us and Them does not disguise its message behind blood-sucking vampires or allegorical zombies however, instead throwing its themes and issues directly at the screen.

This new trailer for the film foregrounds the class warfare and social inequality that informs the narrative, which sees young, working class Danny (Rogue One’s Jack Roth) hold Conrad (UK TV veteran Tim Bentinck) and his privileged family hostage in their mansion. Together with some like-minded buddies, Danny forces the wealthy family into a deadly game of chance. It is the beginning of Danny’s master plan to mount online attacks against the world’s super-rich, ultimately terrifying them into bringing about change. As twists and revelations stack up however, everyone’s values and allegiances are challenged and questioned. 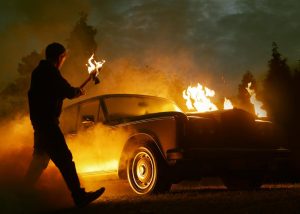 This looks to be an intelligent and enraged social statement, and could be something quite special.