The Unquiet Mind: An Interview with Cullen Bunn

Whether it’s writing the next big superhero story-arc or your new favourite horror title, Cullen Bunn is never far from the ‘newly arrived’ shelf at your local comic book store. It’s comes with no doubt that Bunn is one of the hardest working comic writers on the scene right now and his diverse writing resume speaks volumes to that. Thanks to BOOM! Studios, Bunn is once again back to what he does best, horror, and boy, is this stuff spooky! His latest work, The Unsound, focuses on a group of nurses that are trapped in the ever-shifting walls of a mental institution in a very proper example of “the inmates running the asylum.” We sat down with Bunn and picked his brain on all things scary and graphic. 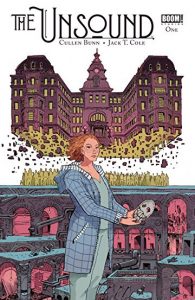 Scream: The Unsound is one of the most creative horrors on the market right now with its mix of Lovecraftian aesthetics and psychological horror. What’s the story behind the idea?

Cullen Bunn: I’ve always been interested in the idea of madness. You mention Lovecraftian aesthetics. I have always been a huge fan of Lovecraft’s work, and that often features the idea of insanity. I also love the idea of hidden worlds, the notion that the world we see every day is just a veil pulled over the truth because our fragile minds can’t handle actuality. I love slow, building, surreal horror, and I’ve always thought the comic book format was a great place to play around with that. Those ideas kind of came together over time and took shape as THE UNSOUND.

The Unsound is most properly identified as an asylum horror aka, set in a mental institution. That’s not something that has been done a lot in current horror. Why choose such an arcane setting?

Well, based on the mythology we’re revealing in this book, there was really no other place we could have set it. Also, I really liked the idea of telling a story that looks (in the beginning at least) like a haunted house story in one of the creepiest locales imaginable: a run down mental institution. I just knew this would help establish the weirdest, eeriest mood for the tale.

There’s a lot of symbolism in the work that work particularly well with the physiological horror angle such as the masks, razors, stairs, etc. Was it something that you feel the work called for as is part of the genre or did you put that in organically? Do you feel it would’ve had the same impact without the symbolism?

Some of these symbols (stairs for instance) came about organically. I didn’t set out to make stairs an icon for the story. It just sort of happened. It makes total sense and I see it now, but it was unconscious. Some of the other symbols, like the masks and the razor blades have very important roles in the story, so that’s why I hit you over the head with those images.

The Unsound also features, for lack of a better word, very precise art. The artist, Jack T. Cole, acts like an extension of your writing and together, you two make a very cohesive comic. How did you two happen get together? How much input does Jack have on your writing or you have on his art?

My editor, Eric Harburn, introduced me to Jack. He was one of a few artists we considered for the book, but he was a perfect fit. I think his work really helps to set the perfect tone for this series. We don’t really talk too much about the scripts or the art. I think we try to stay out of each other’s way. Of course, I can’t help but write scenes with Jack’s art in mind. And Jack really takes some of the visuals in his own direction, which I love.

Your other horror/dystopian comic, The Empty Man, will be seeing a big screen adaptation soon! What’s the news on that? How far along is production and are there any actors or directors tied to it yet?

Oh, it’s pretty far along. It’s been filmed and it is in the editing stages right now. I’m not sure how long it will be before the movie is released, but it is very exciting. The movie was written and directed by David Prior, and it has an exciting cast, including James Badge Dale, Virginia Kull, Owen Teague, and many others.

You are quickly becoming a rising horror writer star in the comic industry. What attracts you so much to horror, particularly, psychological horror?

I’m a fan of every sub-genre of horror, really, from horror-comedy to splatterpunk to psychological horror to cosmic horror. I’ve always felt most comfortable writing in that arena. I feel like I can tell almost any kind of story under that umbrella, and I can most easily get an emotional reaction–be that fear or something else–from the reader while playing in the horror playground.

As I mentioned, horror is where I’m most comfortable, and I think you’ll see elements of that seeping in to my other work, even my superhero stuff. But I don’t want to limit myself. I want to try other genres and other characters and other publishers. Even if I fall flat on my face, I want to give it a shot!

You have also written books for both middle grade and adults, but they are unfortunately out of print (with Crooked Hills selling for over $300 on Amazon!). Will we be seeing any reprints soon?

Yes, you’ll be seeing some reprints of that work. And I’m actually working with a publisher to bring out an amazing looking collection of my horror short stories. I’ve put out collections like that in the past (they are also out of print), but nothing so comprehensive as the book we’ll soon release.

Do you have anything coming out in the future you can tell us about? Perhaps more horror? Or Deadpool? We love ourselves some Deadpool.

There are always projects in the works that haven’t been announced yet. I can’t give you any details on those, but we might be seeing a return to the world of THE EMPTY MAN soon. Beyond that, yes, more horror and, yes, more Deadpool. 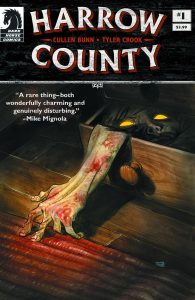 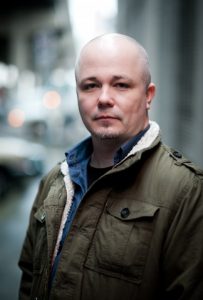 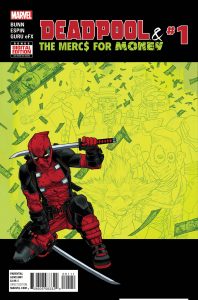