Writer Eric Heisserer recently talked to HitFix about Universal’s upcoming Van Helsing film, and the direction it may take. Forming part of the studio’s ‘expanded universe’ revival of their classic Monsters, the film was co-written by Heisserer, who most recently penned the script for David F. Sandberg’s Lights Out. 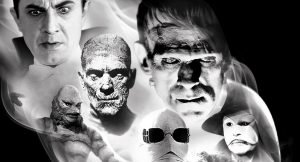 “I can only say that early on, our inspiration for his behavior and his mannerisms was all in Mad Max,” Heisserer told the site, referring to the film’s title character. He goes on to explain how the film will sit alongside the other upcoming Universal Monsters, saying “it’s early days right now. I can say that the decision that a lot of us made was to go and just write the best movie we could in our own corner and make sure it’s good on its own… and didn’t necessarily need to link arm-in arm with anybody else. And to be tonally different from the other films. One may be a little bit more comedic, action-adventure-y, one can be very much a traditional horror piece. That kind of thing. And then we’ll see what happens as the projects evolve and we all get a chance to convene and talk and make sure the movies feel like they’re all in the same world.”

Heisserer is penning Van Helsing’s screenplay together with Jon Spaihts, who scripted next year’s Tom Cruise-starring The Mummy. Alex Kurtzman and Chris Morgan will produce this and further Monsters films, including The Mummy and The Invisible Man, which has locked Johnny Depp to star.