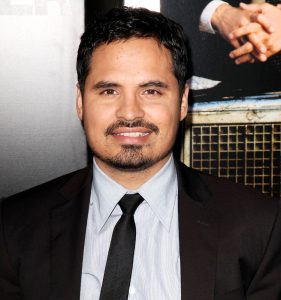 Universal has acquired the distribution rights to Extinction, a sci-fi actioner from Oscar-nominated screenwriter Eric Heisserer (Arrival) and starring (pictured right) Michael Pena (The Vatican Tapes). The film will follow a robot with human emotions that is recruited to take on alien invaders, so we’re wondering why the film wasn’t called Robot vs Aliens. But, what do we know?

Spenser Cohen and Brad Kane wrote an early edition of the script, which is to be directed by Hounds of Love’s Ben Young. Hounds of Love was an acclaimed crime drama last year, so we’re very much looking forward to seeing what the director can bring to a tale of invasion, rather than abduction.