Underworld: Blood Wars is Pushed Back Until 2017

Underworld: Blood Wars was initially set to be released this October, but Screen Gems and Lakeshore Entertainment have now pushed it back until 6th January 2017. Despite it not being a particularly good sign when a film is pushed back, this isn’t surprising considering most of the previous films were released in January and they all made a bomb at the box office. 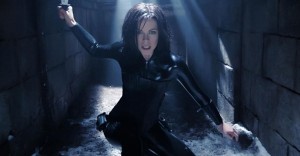 Underworld: Blood Wars completed its 10-week shoot in the Czech Republic in October of last year, so hopefully a trailer will be released for the film imminently. The story picks up where Underworld: Awakening left off with Kate Beckinsale returning as Selene and Theo James as David. Additional actors include Tobias Menzies, Lara Pulver, Charles Dance, James Faulkner, Peter Andersson, Bradley James and Daisy Head.

Underworld: Blood Wars is the fifth installment in the Underworld franchise and has been directed by Anna Foerster.