Uncork’d Snap Up The 13th Friday. Despite its Title

Uncork’d Entertainment has bagged the worldwide rights to writer-director Justin Price’s suspiciously-titled supernatural horror The 13th Friday, with a view to releasing the film in early 2017. 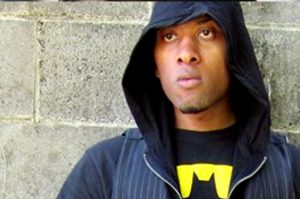 When a female refugee discovers an ancient demonic device that opens the gateway to another realm, she unleashes a dark entity that poses as her daughter.  After many failed attempts to have the church explain the creation of her worst nightmares, she learns that the house is cursed by an enraged spirit that died on Friday the 13th. And now a group of thrill seeking friends unknowingly unleash its wrath and damn their souls.

Price (pictured) has a number of horror films under his belt, including The Cloth, Dark Moon Rising and Forsaken, which were also put out by genre specialists Uncork’d. “Uncork’d Entertainment has revolutionized independent cinema and there is no other outfit more fitting for The 13th Friday,” the director enthuses. “We were very excited they decided to handle the worldwide rights to the film.”

Look out for the film early next year, when we’ll see if it fares better than its baffling cash-in title.