Uncork’d Singing The Lullaby in March

Uncork’d Entertainment gives birth to evil with The Lullaby, coming to US theaters and VOD on March 2nd. Ahead of then, they’ve put out a nightmarish trailer, which you can see below. 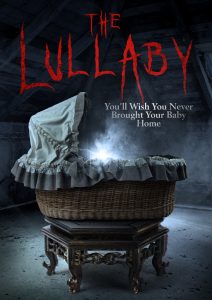 Synopsis:
Chloe is overwhelmed by the birth of her first child. The incessant crying of her baby, the growing sense of guilt and paranoia sends her into depression. With a heightened urge to protect her son, Chloe sees danger in every situation. She starts to hear voices, the humming of a childhood lullaby and sees flashes of a strange entity around her child. Convinced that the entity is real, Chloe will do everything in her power to protect her son. Is she haunted by evil or is it just the baby blues?