Uncork’d Picks up The Divine Tragedies

A firm festival favourite in 2015, the film is the first from Dual Visions, the company headed up by Jon and James Kondelik. “The film tells of two brothers that fulfil their murderous fantasies, but doing so derails their relationship with horrifying results.” 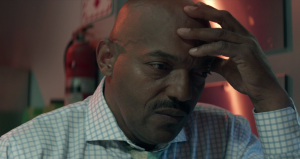 Rising stars Graham Denman (Tales of Halloween, The Haunting of Whaley House) and Hannah Levien (Children of Sorrow) lead the cast, joining horror veterans, Barbara Crampton (Re-Animator, You’re Next), Ken Foree (Dawn of the Dead, The Devil’s Rejects), and Lynn Lowry (Shivers, The Crazies), all of whom seem busier than ever of late.

“I immediately fell in love with The Divine Tragedies – it’s as captivating and frightening as it is visually stunning,” enthuses Uncork’d President Keith Leopard. “Prendes has crafted a masterwork of horror here. We’re excited to be teaming with Dual Visions to bring the film to the masses.”

“It’s one of those films that is super soaked in color, blood, and a butt load of imagery to warp your mind”, says producer James Kondelik. “Who wouldn’t be excited for this release?”

The Divine Tragedies will be release later this year. In the meantime, whet your appetite with this nasty-ass trailer.