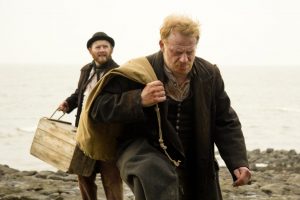 Uncork’d Entertainment has acquired the rights to Chris Crow’s Welsh BAFTA-nominated The Lighthouse. The film picked up the Special and Visual Effects award in 2017, but was further nominated for Best Director and Best Actor.

The Lighthouse follows two men trapped in a lighthouse, pushed to their limits as they’re surrounded by the Irish sea. It’s not to be confused with the upcoming Robert Eggers feature which, confusingly, has the same title.

Directed by Chris Crow (Devil’s Bridge, Panic Button) the film stars Mark Lewis Jones, Michael Jibson, Ian Virgo and Gerald Tyler. Uncork’d plans to release the film this summer, so look out for the film then.

Check out the atmospheric and intense trailer for The Lighthouse below and bask in the treacherous seas and the madness that develops during isolation.