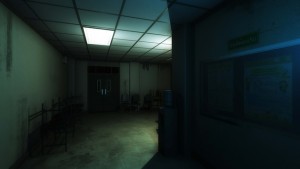 Supernatural horror game Araya may only just have been announced, but already a trailer has surfaced. And it’s seriously freaky.

The virtual reality game is set in a spooky-ass hospital in Thailand, and follows three characters as they try to solve the murder of a girl named Araya, piecing together the mysterious circumstances that led to her death.

The game is being developed by Bangkok-based company MAD VR Studio, with an eye to release it on PC this spring. It is designed to be used primarily with virtual reality headsets such as the Oculus Rift, which will allow the player to experience ‘hallucinations’ along with their character. The feature is easily disabled however, for those of us (and, let’s be honest, that’s most of us) who don’t own a headset.

Sit on your own in the dark, pop on the trailer below and tell me you’re not just a little unsettled.