Though touted as a dark horror comedy, I found Two Pigeons neither funny nor scary. It is instead an overly long, repetitive trudge that relies on gross-out gags to try and tell its tale of revenge. Dominic Bridges directs a joyless affair that takes a decent idea but goes nowhere with it.

Hussein (Mim Shaikh) is a hustler of a real estate agent who has no qualms about screwing people over as long as he receives his commission. For someone so motivated at work, his home is a mess, especially the kitchen, where dozens of dirty dishes and utensils are precariously stacked up and ready to topple. Unbeknownst to Hussein, Orlan (Javier Botet, renowned creature actor of such films as REC [2007] and Mama [2013) has taken up residence in the crawlspaces and other overlooked areas of his home. Once Hussein heads off to work, Orlan creeps from his hiding place and does disgusting things to Hussein’s personal property. He also begins copying Hussein’s writing and taking note of his credit card numbers.

One huge problem for me with Two Pigeons is that the main characters are absolutely unlikable, which leaves viewers with no reason to sympathize for anyone. Hussein is all kinds of euphemisms for the male sexual organ, and Mel is given little more to do than be a foil with whom Hussein argues. When Orlan’s reason for why he is destroying Hussein’s life is revealed, it is too little, too late, and also predictable.

The actors shouldn’t be faulted; they inhabit their characters well and give solid performances. The trouble is in the characters themselves, as written by Bridges and Rae Brunton. They are basically one-dimensional. Along with the repellent acts, they wear out their welcome early. Botet does a nice job of giving Orlan an eerie presence, making it easy to see that when he slides out from under the bed or creeps from room to room, these are scenes meant to freak out an audience. Just as Orlan’s foul acts fall short of being funny, however, these scenes don’t stick their fright-fare landings, either. 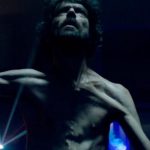 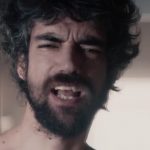 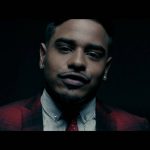 Bridges and Brunton have a fine kernel of an idea but come up short in hitting the right notes. Bridges does a nice job at the helm, showing an eye for engaging framing and a knack for letting scenes breathe. Overall, though, Two Pigeons just feels like a long slog through the misery of characters who offer little to like.