Two new images have emerged from Ted Bundy flick Extremely Wicked, Shockingly Evil, and Vile. Will that title ever manage to roll off the tongue? The images they show Zac Efron in the role of Ted Bundy again, shared by the actor himself. 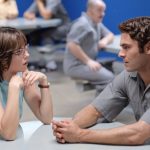 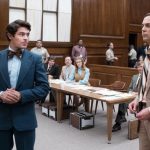 The film will document the crimes of Ted Bundy from the perspective of his girlfriend Liz, who initially refused to believe Bundy was guilty of the crimes he was accused of. Shortly before Bundy’s execution he confessed to 30 murders that spanned across seven States in the US between 1974 and 1978. So, the film’s title is as accurate as they come.

Extremely Wicked… additionally stars Kaya Scodelario, Haley Joel Osmont, Jeffrey Donovan, Jim Parsons, Hames Hetfield, Dylan Baker and John Malkovich, so it has quite the cast attached to it. I’m sure you’re as excited as I am to see how heartthrob Efron brings this monstrous character to life.
Joe Berlinger directs the film from a script written by Michael Werwie.